Community School of Naples (CSN), an independent, college preparatory day school, was founded in 1982 by a group of parents seeking to establish a quality, independent school close to home.  Recruited by word of mouth, the original student body consisted of fewer than 50 students who began K-5 classes in rented accommodations in two churches in Naples.  Sam Hazard was the first Head of School, and by 1984 CSN had grown to more than 90 students in K-8th grade.  Twenty-eight acres of land on Pine Ridge Road were donated that year, and $3 million was raised in order to construct the first five classroom buildings.  These original buildings now form the heart of the modern-day Lower School division of CSN.   James Young became CSN’s second Head of School in 1985, serving for one year.

In 1986 the school graduated its very first student, Evan Berlin, in a graduating class of one. James Landi became CSN’s third Head of School in August of that year.  The high school was then discontinued for financial reasons, and for the next six years, CSN became a K-8 school once again.  New buildings continued to be constructed, and the CSN high school reopened in 1992, graduating its first full class of 19 students in 1996.  The Landi Media Arts Building (LMA) with a library, theater, and other teaching rooms opened in 1997, followed by the current Middle School building in 2000.

By this time, the total enrollment of the school had risen to 500 students.  After 16 years’ service as Head, James Landi left the school in 2001 and John Zeller became CSN’s fourth Head of School.  It was in this year that the Board of Trustees signed a contract to purchase an additional contiguous 84-acre tract of land to the immediate north of the existing campus to provide for future expansion.  The 2004-2005 school year saw the construction of a new Upper School academic building, a three-court, two-story Field House (today The Moe Kent Family Field House), and new athletic fields and tennis courts.  In 2006 the total student enrollment was around 800 students.  The Board made the decision to sell off 40 acres to a local developer, and this eventually became the Manchester Square neighborhood  The proceeds enabled the school to begin a small endowment.

Following the worldwide financial crash of 2008, CSN’s total enrollment fell below 700 students for the first time in some years.  The school began its International Program with five Chinese students directly enrolled from China, housed with host families from the school. This proved successful, and the program has since developed to host an average of around 15 students each year.

John Zeller, having served 11 years as Head of School and 26 years at CSN in total, left the school in 2012.  Interim Head of School Dennis Grubbs took over in July 2012 during which a worldwide search for the next Head of School was conducted. The Humanities Wing of the Upper School was opened in the fall of 2012, and David Watson began his tenure as CSN’s fifth permanent Head of School on February 1, 2013.

A new five-year Strategic Plan was launched in January 2014.  The International Program was expanded to include a new Global Exchange Program, which involved sister schools in Germany and Spain, and with which CSN now conducts regular exchange trips.  Mandarin was added to the MS/US curriculum.  The Shea Memorial Amphitheater opened in August 2015.

The Student Union opened in February 2017. This beautiful reception building houses the new Dining Hall with food service, modern facilities for Innovation, an Upper School study area, lecture hall, administrative office space, and a Leadership Room for both Board and student use.

In August of 2020, two additional buildings opened, including the Fountain 33 Institute for Science and Environmental Research (I.S.E.R.) and The John N. Allen Family Athletic Stadium. The I.S.E.R. houses six full teaching laboratories and one science research lab. It is also the home of the Offices of College Counseling as well as the new Juliet Collier Sproul Center for Community and Global Impact. This new initiative engages the entire CSN community in purposeful acts of service and leadership, and promotes a commitment to the community, environment, and the world beyond.

The John N. Allen Family Athletic Stadium is the home of our Seahawk football team, as well as boys and girls lacrosse and soccer. The stadium features a northeast facing spectator stand that accommodates 1,000 fans, turf that is sustainable and suitable for all sports, a press box, concessions, an outdoor dining area, and premium sound and lighting.

Today the school enrolls more than 800 students each year and occupies an imposing and beautiful campus of 77 acres with 24 buildings, including athletic fields and a swimming pool.  Essential elements of the school’s educational program include a comprehensive curriculum, a gifted faculty, and a low student-teacher ratio (8:1).  One hundred percent of CSN graduates attend four-year colleges and universities.  Average AP scores place CSN consistently in the top ten schools statewide, and average SAT scores in 2019 placed CSN as the 3rd best performing independent school in the state. 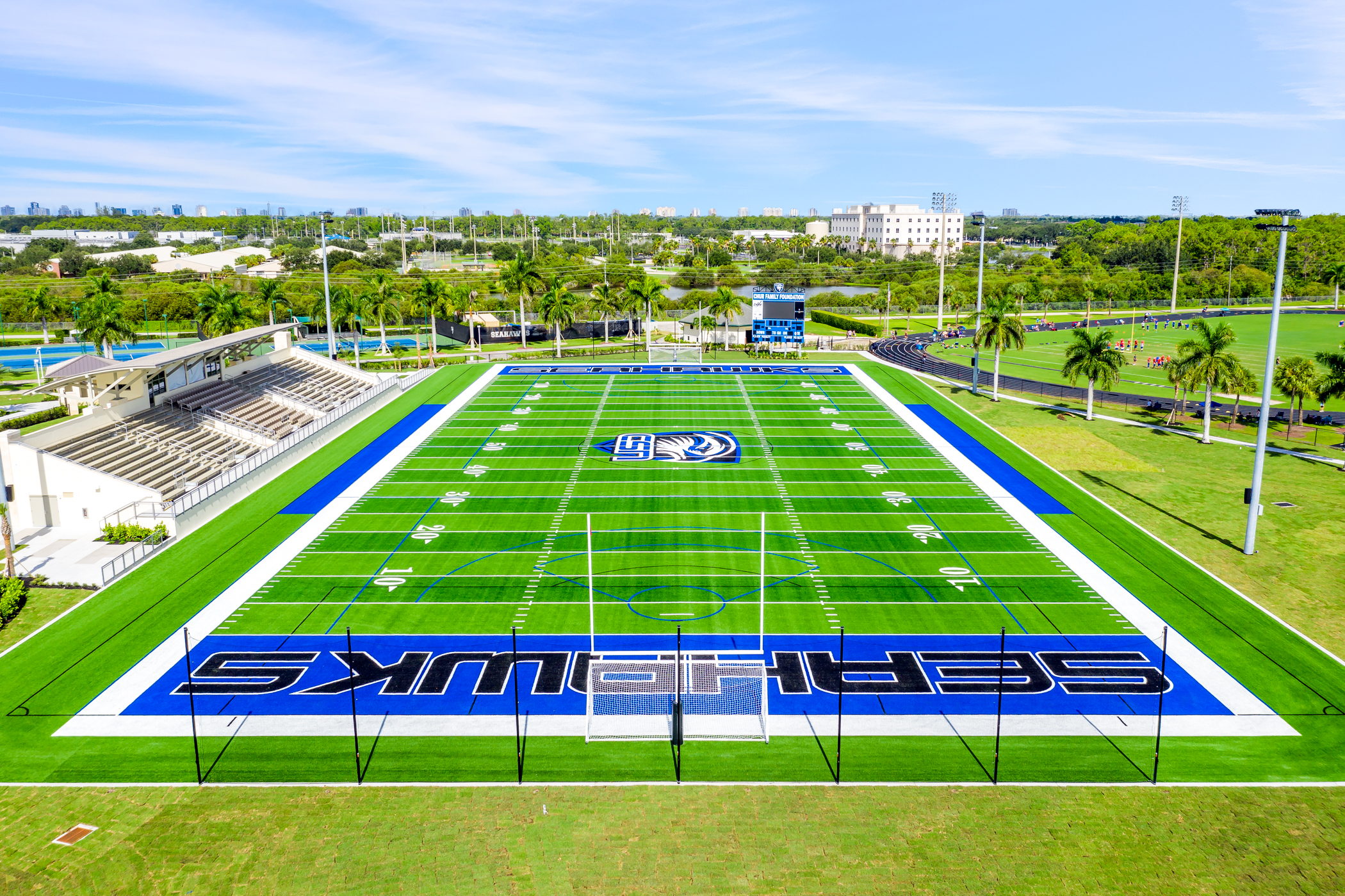