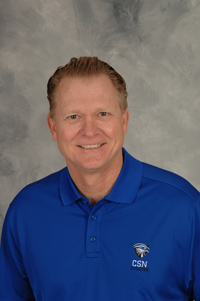 Bart Weiss is a 1986 graduate of the USAF Academy; he was born in Muskegon, Michigan--but grew up in Naples and graduated from Naples High school in 1982. He recently retired from the United States Air Force after nearly 30 years of service and during his career in the Air Force he led and commanded flying squadrons and multiple operational units worldwide. In addition to these leadership experiences, he served in Washington DC working alongside both military leaders and members of Congress to include piloting AF one and AF two during the Clinton/Gore administration. Over the last 15 years, he has deployed to the Indian Ocean, Iraq, Afghanistan, Turkey and Saudi Arabia. During the last 5 years, he led 480 cadet-candidates through a balanced curriculum of military training, academic education and athletic competition + 67 faculty. As Deputy Athletic Director of the USAF Academy, he transitioned the Academy's Athletic Department from a government-based organization to a $42 million non-profit corporation, oversaw 27 NCAA Division I athletic teams and supervised physical education and fitness programs to 4,000 USAF Academy cadets. He is married to the former Kathy Terry of Naples and they have three sons and one daughter (Tyler, Cooper, Parker and Olivia).

Ms. Amber O’Malley is currently Senior Associate Athletic Director and Middle School Athletic Director at Community School of Naples.  She was born and raised in Long Island, NY and graduated from Dowling College in 2014 with degrees in Special Education and Elementary Education.  Amber earned a Masters of Arts Degree in Liberal Studies from Stonybrook University in 2016 and holds national certification for Certified Athletic Administrator.  She has been a Head Softball Coach at both Community School of Naples and Shoreham Wading River High School in NY and has her coaching certification from the State of New York.  Since 2015, Ms. O’Malley authored an “Eligibility and Compliance” athletic handbook,  Director of a national 16-team Women’s High School basketball tournament, implemented a corporate marketing and sponsorship program that earns the athletic program thousands of dollars yearly, and is Community School of Naples Sports Information Director with oversight of all Social Media platforms associated with Athletics.  In the past two years, Amber has served as Global Exchange Coordinator for all teams travelling abroad, which included trips to Dublin, Ireland (Football/Cheerleading), Spain (Boys Soccer) and Rome, Italy (Girls Volleyball).  She is the annual guest speaker at University of Valley Forge for Sports Management classes and has been FIAAA District 13 Director for Lee and Collier counties.  Currently, Amber is a FACA Board of Director member, a FIAAA Board of Directors member and is a Leadership Training Course Instructor at the state level.

Ms. Pascute has coached cheerleading at CSN and returns as Administrative Assistant to the Athletics Department. She attended Youngstown State University and Bowling Green State University in Ohio. Char has worked at Vineyards Elementary School and St. John the Evangelist Church.